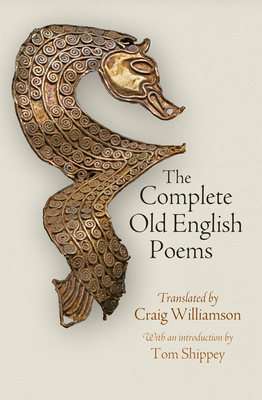 From the riddling song of a bawdy onion that moves between kitchen and bedroom to the thrilling account of Beowulf's battle with a treasure-hoarding dragon, from the heart-rending lament of a lone castaway to the embodied speech of the cross upon which Christ was crucified, from the anxiety of Eve, who carries a sumptuous secret in her hands / And a tempting truth hidden in her heart, to the trust of Noah who builds a sea-floater, a wave-walking / Ocean-home with rooms for all creatures, the world of the Anglo-Saxon poets is a place of harshness, beauty, and wonder.

Now for the first time, the entire Old English poetic corpus--including poems and fragments discovered only within the past fifty years--is rendered into modern strong-stress, alliterative verse in a masterful translation by Craig Williamson.

Accompanied by an introduction by noted medievalist Tom Shippey on the literary scope and vision of these timeless poems and Williamson's own introductions to the individual works and his essay on translating Old English poetry, the texts transport us back to the medieval scriptorium or ancient mead-hall, to share a herdsman's recounting of the story of the world's creation or a people's sorrow at the death of a beloved king, to be present at the clash of battle or to puzzle over the sacred and profane answers to riddles posed over a thousand years ago. This is poetry as stunning in its vitality as it is true to its sources. Were Williamson's idiom not so modern, we might think that the Anglo-Saxon poets had taken up the lyre again and begun to sing once more.

Craig Williamson is Alfred H. and Peggi Bloom Professor of English Literature at Swarthmore College. He is author of A Feast of Creatures and Beowulf and Other Old English Poems, both available from the University of Pennsylvania Press. Tom Shippey is Professor Emeritus of English at Saint Louis University.

This feature require that you enable JavaScript in your browser.
END_OF_DOCUMENT_TOKEN_TO_BE_REPLACED

This feature require that you enable JavaScript in your browser.
END_OF_DOCUMENT_TOKEN_TO_BE_REPLACED

This feature require that you enable JavaScript in your browser.
END_OF_DOCUMENT_TOKEN_TO_BE_REPLACED