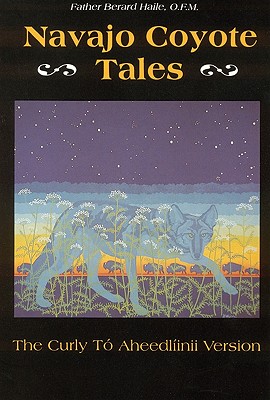 Coyote is easily the most popular character in the stories of Indian tribes from Canada to Mexico. This volume contains seventeen coyote tales collected and translated by Father Berard Haile, O.F.M., more than half a century ago. The original Navajo transcriptions are included, along with notes. The tales show Coyote as a warrior, a shaman, a trickster; a lecher, a thief; a sacrificial victim, and always as the indomitable force of life. He is the paradoxical hero and scamp whose adventures inspire laughter or awe, depending upon what shape he takes in a given story.

In his introduction to Navajo Coyote Tales, Karl W. Luckert considers Coyote mythology in a theoretical and historical framework.

This feature require that you enable JavaScript in your browser.
END_OF_DOCUMENT_TOKEN_TO_BE_REPLACED

This feature require that you enable JavaScript in your browser.
END_OF_DOCUMENT_TOKEN_TO_BE_REPLACED

This feature require that you enable JavaScript in your browser.
END_OF_DOCUMENT_TOKEN_TO_BE_REPLACED