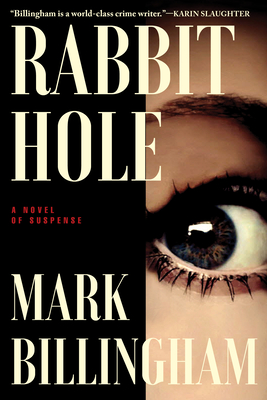 Alice Armitage is a police officer.

Following a debilitating bout of PTSD, self-medication with drink and drugs, and a psychotic breakdown, Alice is now a long-term patient in an acute psychiatric ward. Though convinced that she doesn't really belong there, she finds companionship with the other patients in the ward despite their challenging and often intimidating issues.

So when one of her fellow patients is murdered, Alice feels personally compelled to launch an investigation from within the ward. Soon, she becomes convinced that she has identified the killer and that she can catch them. Ignored by the police, she must gather proof on her own, relying on the few contacts she has on the outside that still take her calls. But Alice's life begins to unravel as she realizes that she cannot trust anyone in the ward, least of all herself. Having lost her conviction and with her investigative confidence shattered, she comes dangerously close to a psychological point of no return.

Mark Billingham has twice won the Theakstons Old Peculier Crime Novel of the Year Award and has also won the Sherlock Award for Best Detective Novel Created by a British Author. His books, which include the critically acclaimed Tom Thorne series, have been translated into twenty-five languages and have sold over six million copies. He lives in London.

This feature require that you enable JavaScript in your browser.
END_OF_DOCUMENT_TOKEN_TO_BE_REPLACED

This feature require that you enable JavaScript in your browser.
END_OF_DOCUMENT_TOKEN_TO_BE_REPLACED

This feature require that you enable JavaScript in your browser.
END_OF_DOCUMENT_TOKEN_TO_BE_REPLACED