The Deaths of Tao (Prebound) 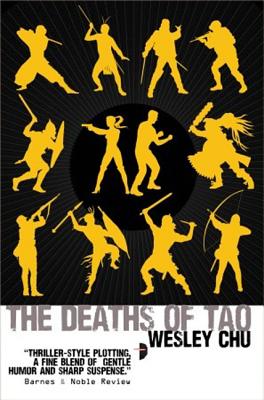 The sequel to "The Lives of Tao."
The Prophus and the Genjix are at war. For centuries they have sought a way off-planet, guiding humanity's social and technological development to the stage where space travel is possible. The end is now in sight, and both factions have plans to leave the Earth, but the Genjix method will mean the destruction of the human race.
That's a price they're willing to pay.
It's up to Roen and Tao to save the world. Oh, dear...
"
File Under" Science Fiction Manning Up - A Long Journey - Bye-Bye Mankind - Personal Space ]

Wesley is a 2014 Alex Award winner for his novel "The Lives of Tao." He is a 2014 nominee for the John W. Campbell Award for Best New Writer.

This feature require that you enable JavaScript in your browser.
END_OF_DOCUMENT_TOKEN_TO_BE_REPLACED

This feature require that you enable JavaScript in your browser.
END_OF_DOCUMENT_TOKEN_TO_BE_REPLACED

This feature require that you enable JavaScript in your browser.
END_OF_DOCUMENT_TOKEN_TO_BE_REPLACED