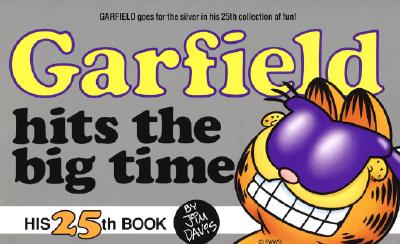 This is book number 25 in the Garfield (Numbered Paperback) series.

GARFIELD, the world's favorite feline, marks 15 years of laughs and lunches with this special silver volume, the 25th in his series of side-splitting comic compilations! After 15 years of funnies, GARFIELD's earned some extra sleep. But he'll still move all his muscles for meals and mayhem! Whether he's hogging Jon's chair or hog-tieing Odie, GARFIELD shows us how to grow old disgracefully.

This feature require that you enable JavaScript in your browser.
END_OF_DOCUMENT_TOKEN_TO_BE_REPLACED

This feature require that you enable JavaScript in your browser.
END_OF_DOCUMENT_TOKEN_TO_BE_REPLACED

This feature require that you enable JavaScript in your browser.
END_OF_DOCUMENT_TOKEN_TO_BE_REPLACED