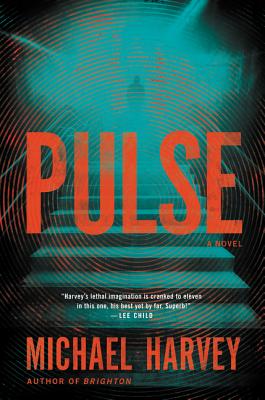 By Michael Harvey
$27.99
Email or call for price

“Looking for a terrific read? I highly recommend PULSE. . .  It's a story to get lost in.” —Stephen King

The story of a Boston murder that defies all expectations—optioned for film by 21 Laps, the company behind Stranger Things and Arrival

Boston, 1976. In a small apartment above Kenmore Square, sixteen-year-old Daniel Fitzsimmons is listening to his landlord describe a seemingly insane theory about invisible pulses of light and energy that can be harnessed by the human mind. He longs to laugh with his brother Harry about it, but Harry doesn’t know he’s there—he would never approve of Daniel living on his own. None of that matters, though, because the next night Harry, a Harvard football star, is murdered in an alley.

Detectives “Bark” Jones and Tommy Dillon are assigned to the case. The veteran partners thought they’d seen it all, but they are stunned when Daniel wanders into the crime scene. Even stranger, Daniel claims to have known the details of his brother’s murder before it ever happened. The subsequent investigation leads the detectives deep into the Fitzsimmons brothers’ past. They find heartbreaking loss, sordid characters, and metaphysical conspiracies. Even on the rough streets of 1970s Boston, Jones and Dillon have never had a case like this.

Pulse is a novel laced with real danger and otherworldly twists—a master class by an endlessly gifted writer.

Michael Harvey is the author of seven previous novels, including Brighton and The Chicago Way. He’s also a journalist and documentarian whose work has won multiple News & Documentary Emmys, two Primetime Emmy nominations, and an Academy Award nomination. Raised in Boston, he now lives in Chicago.

“Harvey’s lethal imagination is cranked to eleven in this one . . . his best yet by far.  Superb!” — Lee Child

“Pulse is the rare crime novel that makes you think and feel – deeply so on both counts. Harvey tells a gripping, richly-textured story that’s full of characters who jump off the page and stay with you long after the book is over.” — Lou Berney, Bestselling Author of The Long and Faraway Gone and November Road

This feature require that you enable JavaScript in your browser.
END_OF_DOCUMENT_TOKEN_TO_BE_REPLACED

This feature require that you enable JavaScript in your browser.
END_OF_DOCUMENT_TOKEN_TO_BE_REPLACED

This feature require that you enable JavaScript in your browser.
END_OF_DOCUMENT_TOKEN_TO_BE_REPLACED